On Sunday, Leeds United’s Robin Koch was substituted 19 minutes after suffering a head injury that needed to be bandaged in a 4-2 loss to Manchester United.

Permanent concussion substitutes have been used in the Premier League for the past year, allowing each side up to an extra two changes.

If players are replaced they cannot return to the field. In rugby, in contrast, a substitute comes on while an off-field head injury assessment is carried out.

“The injury to Leeds United’s Robin Koch demonstrates again that the current concussion protocols within football are failing to prioritise player safety,” the PFA tweeted on Monday.

“We see frequent incidents of players returning to play with a potential brain injury, only to be removed shortly afterwards once symptoms visibly worsen.”

The PFA said it had made its point to football’s international rule-making body IFAB.

“As the representative voice of players in England, we have been clear to @TheIFAB that we want to see the introduction of temporary concussion substitutes.

“Introducing temporary substitutes would allow a match to restart with neither side numerically disadvantaged, reducing pressure on players and medical teams to make quick decisions on whether an injured player continues.

“Put simply, the current rules set by @TheIFAB are not working, and players are being put at risk.”

Leeds were not able to use one of their allocated concussion substitutes for Koch as manager Marcelo Bielsa explained the reason for his withdrawal was due the cut he sustained to the head rather than concussion.

Neuropathologist Willie Stewart, who has pioneered research into the degenerative impact head injuries can have on footballers later in life has called for football to adopt a similar protocol to rugby.

“Unquestionably! Rugby has made great developments in understanding how you can assess and identify players with brain injury on the field, and that should be the model and the benchmark that (other) sports start from,” Stewart told British parliamentary inquiry on the issue last year.

Stewart’s study in 2019 found that former footballers are approximately three and a half times more likely to die from neurodegenerative disease than the general population.

A number of England’s 1966 World Cup winning team have been affected by such diseases. 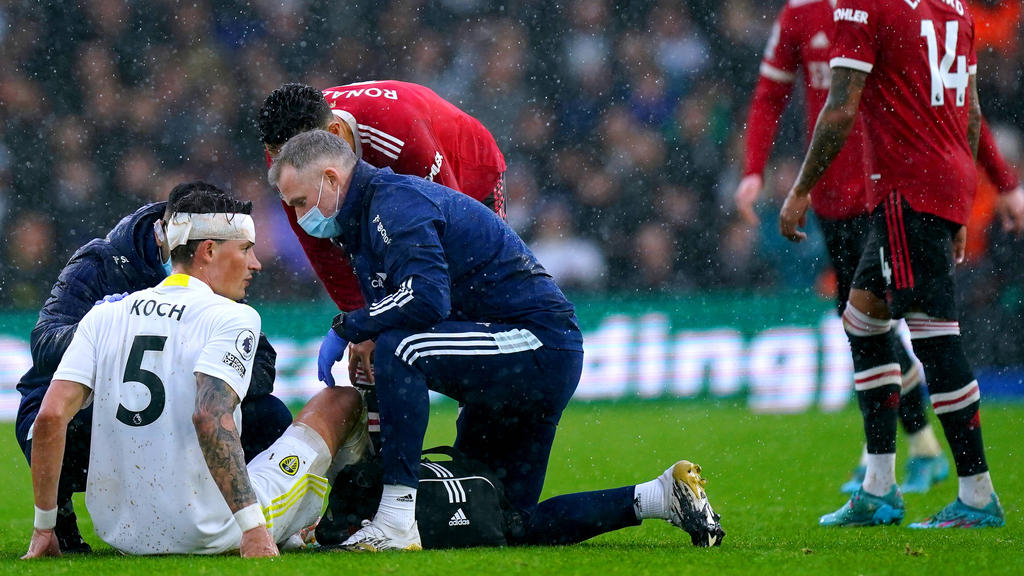 Carrick not in contact with Rangnick for Arsenal clash