Manchester United caretaker manager Michael Carrick says he has not spoken to incoming interim boss Ralf Rangnick as he prepares to take charge of a third match at home to Arsenal on Thursday.

United confirmed the appointment of Rangnick as Ole Gunnar Solskjaer’s short-term replacement this week but the German is still to receive a work permit.

That means Carrick remains in charge for the clash with the Gunners which could have a huge bearing on the final race for a place in the Premier League top four.

“I haven’t got anything to update on. The process of the work permit and visa is ongoing as we speak,” said Carrick on Wednesday.

“I am in this position, as I was for Villarreal and Chelsea. I’m getting the boys ready for the game tomorrow night.”

Carrick has mustered a response from a star-studded squad that had lost five of Solskjaer’s final seven league games.

A 2-0 win at Villarreal secured United’s place in the last 16 of the Champions League and a 1-1 draw at league leaders Chelsea cut the gap on fourth place to five points.

“We have carried on as we have done. It has worked well for the last two games and hopefully it will as well for tomorrow.”

Carrick took the bold call to leave Cristiano Ronaldo on the bench for the trip to Stamford Bridge.

Ronaldo looked less than pleased as he headed down the tunnel at full-time after coming on as a second-half substitute, but Carrick played down the significance of that reaction.

“These types of decisions get blown up a lot bigger than they probably are. Decisions are made for a lot of different reasons and certain ones get bigger news than others, but that is how it was.

“I didn’t see it as being a major decision. It certainly wasn’t within the camp. We all got on really well with it. The game went well, to a certain extent, and it wasn’t a drama at all.”

Arsenal are level on points with West Ham in fourth and could open up a sizeable advantage on United should they win at Old Trafford for a second consecutive season.

Mikel Arteta described Rangnick’s arrival in the Premier League as “really interesting appointment” but is not so sure the German will have no input to how United will line up on Thursday.

“We tried to gather information to understand more about what to expect and we don’t know.” 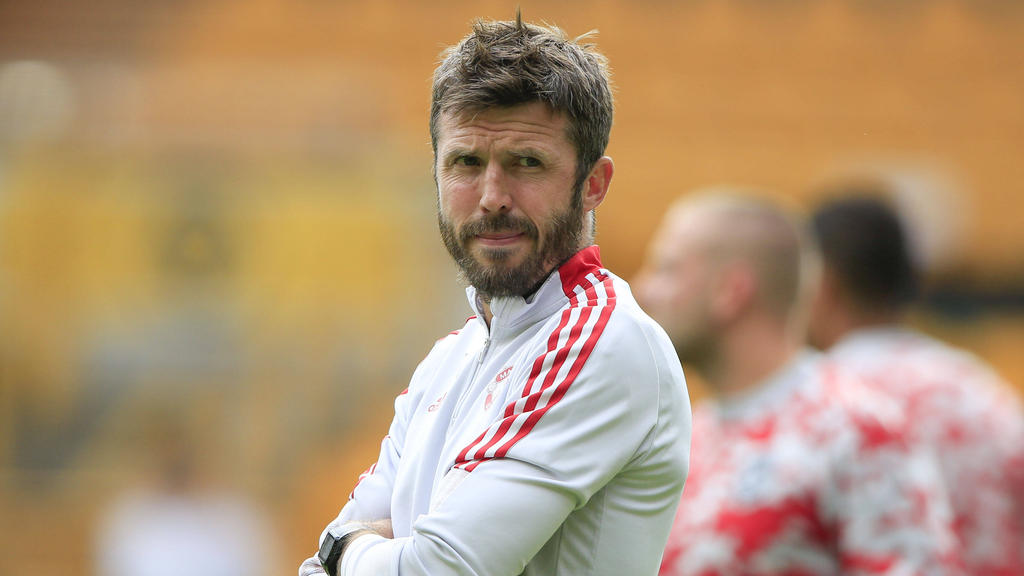