Jose Mourinho says “nobody is happy but nobody is depressed” at struggling Tottenham, stating his de

Jose Mourinho says “nobody is happy but nobody is depressed” at struggling Tottenham, stating his determination to pull the club out of their spiral of decline.

Spurs have lost five of their past six Premier League games to fall out of Champions League contention and Mourinho finds himself in an unprecedented situation in his long managerial career.

The former Chelsea, Real Madrid and Manchester United boss said the current run highlighted how successful his career has been and said he was committed to making a success of his time at the London club.

“I want to know which coach has always had blue sky and never cloudy or a bit dark,” he said ahead of his side’s Europa League last-32 second-leg tie with Wolfsberger on Wednesday.

“Perhaps only a coach who is always at a dominant club in a league. It shows how beautiful my career has been. Does it make me depressed? No. It’s a challenge. I work for the club, the players and the supporters.”

Mourinho, whose side lead 4-1 after the first leg against the Austrian side, said he was “hurt” by the poor run of results but felt more motivated than ever.

“I never felt what normally coaches felt when the results are bad — they are lonely men,” the Portuguese said on Tuesday.

“That’s what we normally are. I never felt that in this building. I feel not only respected but supported. Everybody in the same boat.

“Nobody is happy but nobody is depressed. I feel positive. Maybe a bit weird for you after losing so many matches but I’m positive. I’m not happy but I wake up wanting to come here. Everybody is loving training and working hard with so many matches.”

Mourinho said he was in constant contact with chairman Daniel Levy and there was no friction between the pair.

“My relationship is the same since day one, which is one of respect and open communication,” he said. “We respect each other. There is no contradiction between us because we both feel the same.” 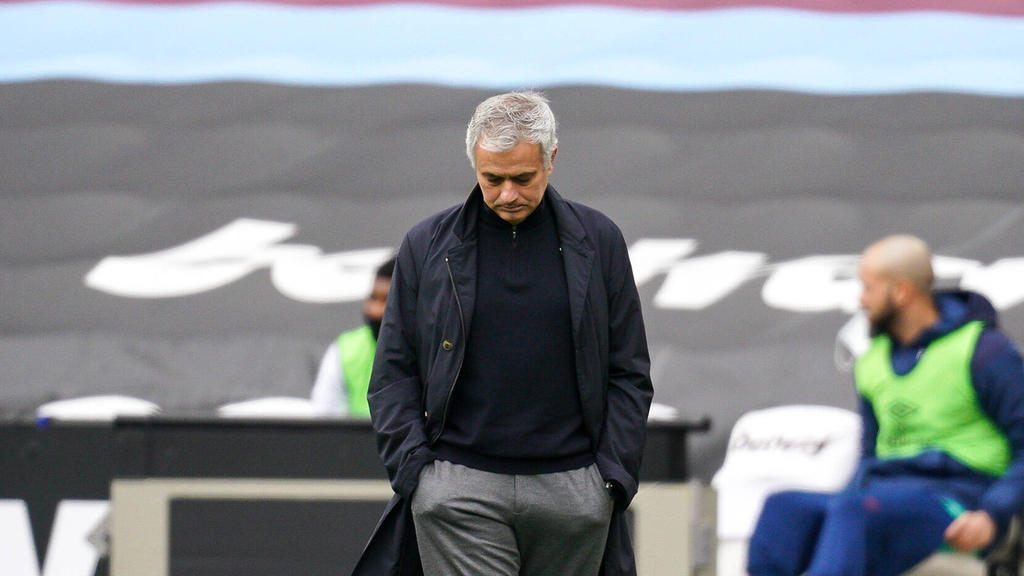